​Yamaha Viking Vs Yamaha Wolverine: Which Is Better?

The Yamaha Viking and the Yamaha Wolverine are both great off-road vehicles. You can use either one for yard work, hauling firewood, plowing snow, or trail riding. But is one machine better than the other? For some, Yamaha Vikings are superior. But for others, a Yamaha Wolverine is the hands-down favorite. Like with anything, each UTV comes with its own set of tradeoffs. And depending on your goals, your budget, and several other factors, one platform or the other might prove more beneficial to your particular needs. While you’re sure to be happy with either, it’s worth it to do some homework before popping on a big-ticket item like a Yamaha side-by-side. If you're not a big fan of research, don’t worry, because we’ve done the legwork for you! Below, you'll find everything you need to know about the differences between the Yamaha Viking and the Yamaha Wolverine.

Many elements of a side-by-side can be modified, upgraded, and retrofitted post-purchase with the help of aftermarket part providers like Everything Yamaha Offroad. What’s difficult to change, however, is the fundamental size and structure of the vehicle. 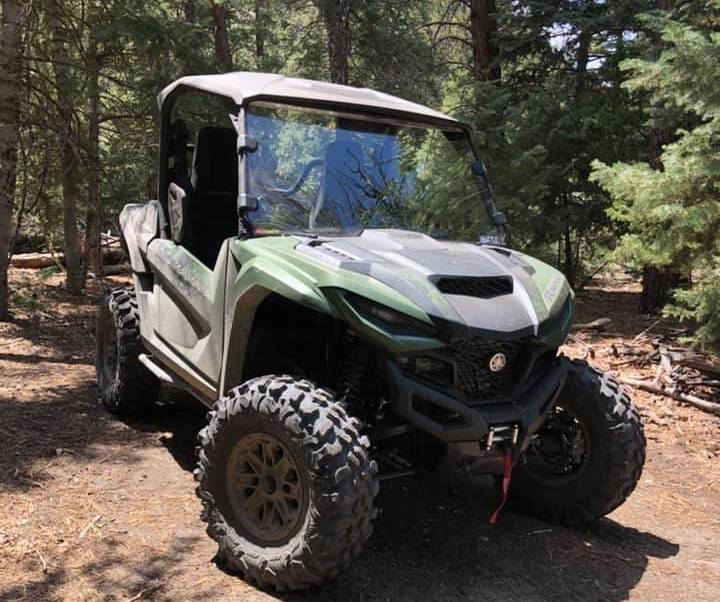 There are several ways to think about and measure comfort in an off-road vehicle. The Wolverine X2 is much quieter and smoother than the Viking, but the Viking is easier to get into and out of. The shoulder bolsters in the Wolverine are a little in the way, and this is of particular importance for bigger / taller riders. Aside from noise, the six-seater Viking is generally regarded as more comfortable than either the Wolverine or even the three-seat Viking EPS -- the longer wheelbase makes a big difference in terms of comfort. But at the same time, suspension is also important, and the stock suspension that comes with the Yamaha Wolverine is just flat-out better. Not only does the Wolverine suspension system include anti-sway bars and offer more travel, but it’s also adjustable, whereas the Yamaha Viking shocks and springs are not.

Where vibrations are concerned, Wolverines are noticeably smoother than Vikings, and this is due, in part, to the vehicle’s precision-balanced crankshafts. 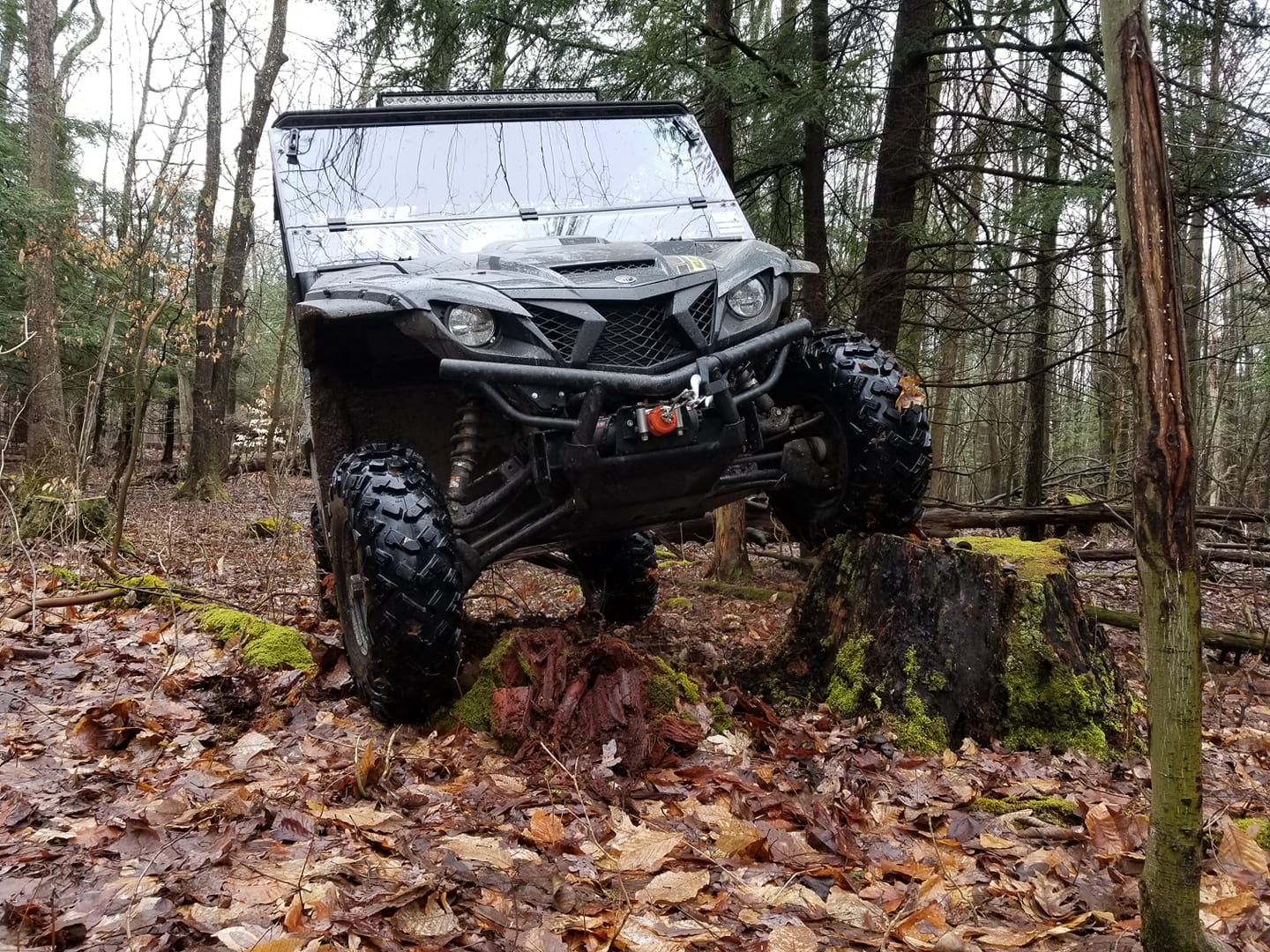 When you look at the numbers in isolation, the Wolverine is much more powerful thanks to its bigger motor. The X4 and X2 Wolverines both have 847cc parallel-twin engines, and the RMAX4 and RMAX2 both have 999cc 4-stroke engines. The displacement of the engines in Viking and Viking VI side-by-sides, however, is only 686 cubic centimeters.

The larger engine size of the Yamaha Wolverine is reflected in its faster top speeds and heavier towing capabilities. In the Viking VI, you’ll be lucky to reach 55 MPH going downhill with a tailwind and six fully-grown adults in the cabin. On flat pavement in a Wolverine 850 with the right ECU tuner, you can achieve speeds in excess of 60 MPH. And if you remove the rev limiter in a Wolverine RMAX, you can redline your bike at 9,200 RPM to hit well over 70 MPH! Towing abilities are much like top speeds, and the stock Wolverine is rated to tow 2,000 pounds, while the Viking can only tow 1,500 pounds.

Although it’s less powerful, the Viking can still go almost anywhere a Wolverine can go… albeit at a slower clip. It can also get through the mud just as well – if not better than – than the Wolverine. The fact of the matter, though, is that the Viking is built as a utility vehicle. Nonetheless, riders have the ability to make a very well performing trail machine out of the Yamaha Viking. And this brings us to another difference between the Yamaha Viking and the Yamaha Wolverine: Aftermarket support!

Aftermarket Availability For The Viking And Wolverine 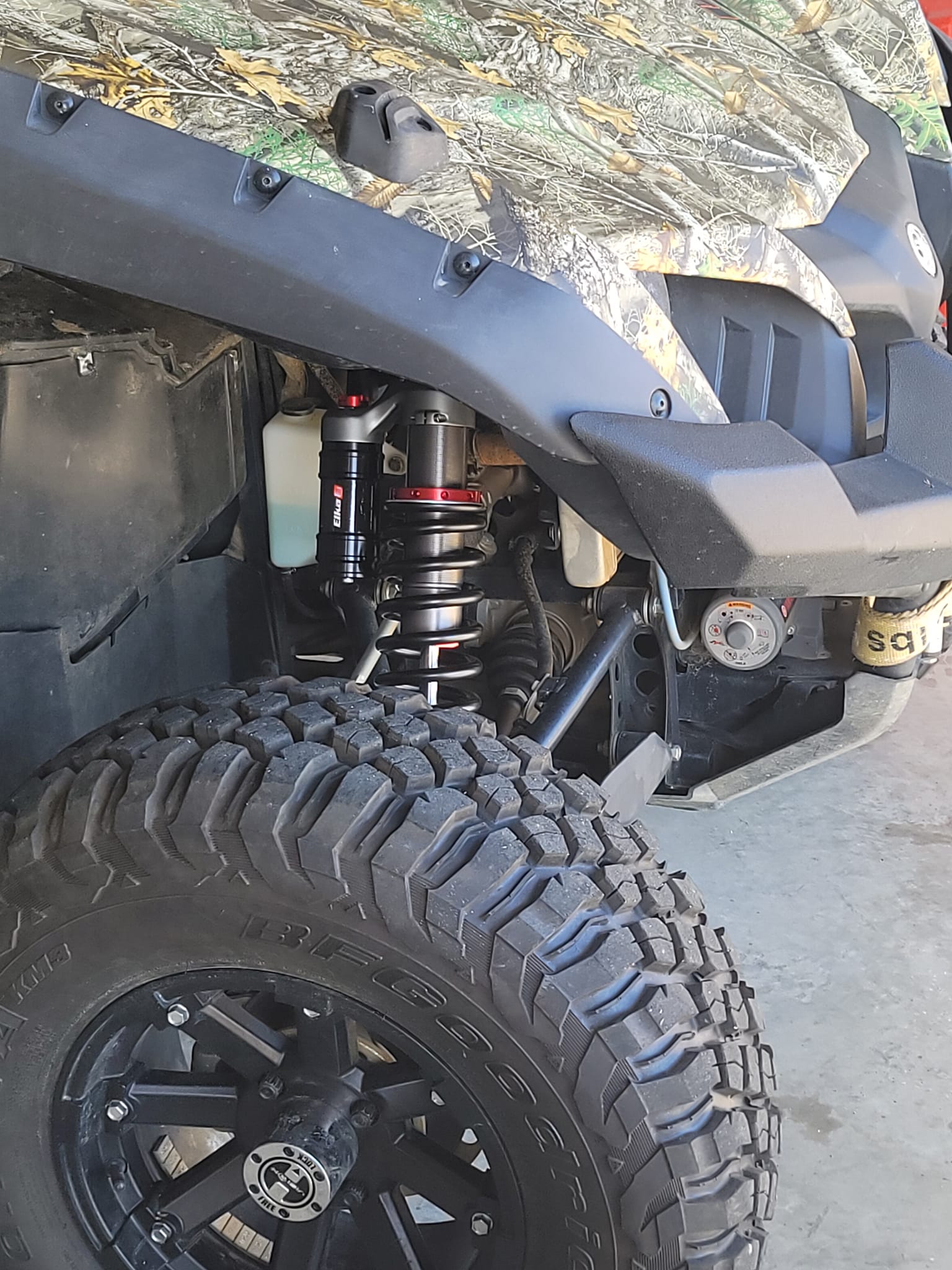 The Yamaha Viking has been around longer than the Yamaha Wolverine, so it makes sense that the non-OEM part and accessory market for the Viking (which was released in 2013) is better and more built out than that of the Wolverine. The first Yamaha Wolverine was introduced in 2015, with the X2 and RMAX coming out in 2019 and 2021 respectively. As such, you can add just about anything to your Viking to compensate for its factory weaknesses.

Both the 2023 RMAX2 1000 Sport and the 2023 RMAX 1000 XT-R come with 14” rims and 30” tires. But you can pick up the same size rims and identical Maxxis Carnivore / GBC Terra Master tires from aftermarket Yamaha UTV part distributors like Everything Yamaha Offroad. Similarly, to improve the Viking’s inferior suspension system, you could install a 2” SuperATV lift with 1.5” forward offset front a-arms, high-clearance rear a-arms, and Elka Stage 3 Shocks. Because the aftermarket complex for Yamaha Viking side-by-sides is so robust, you have all the support you’ll need to make your rig exactly how you want / need it to be! 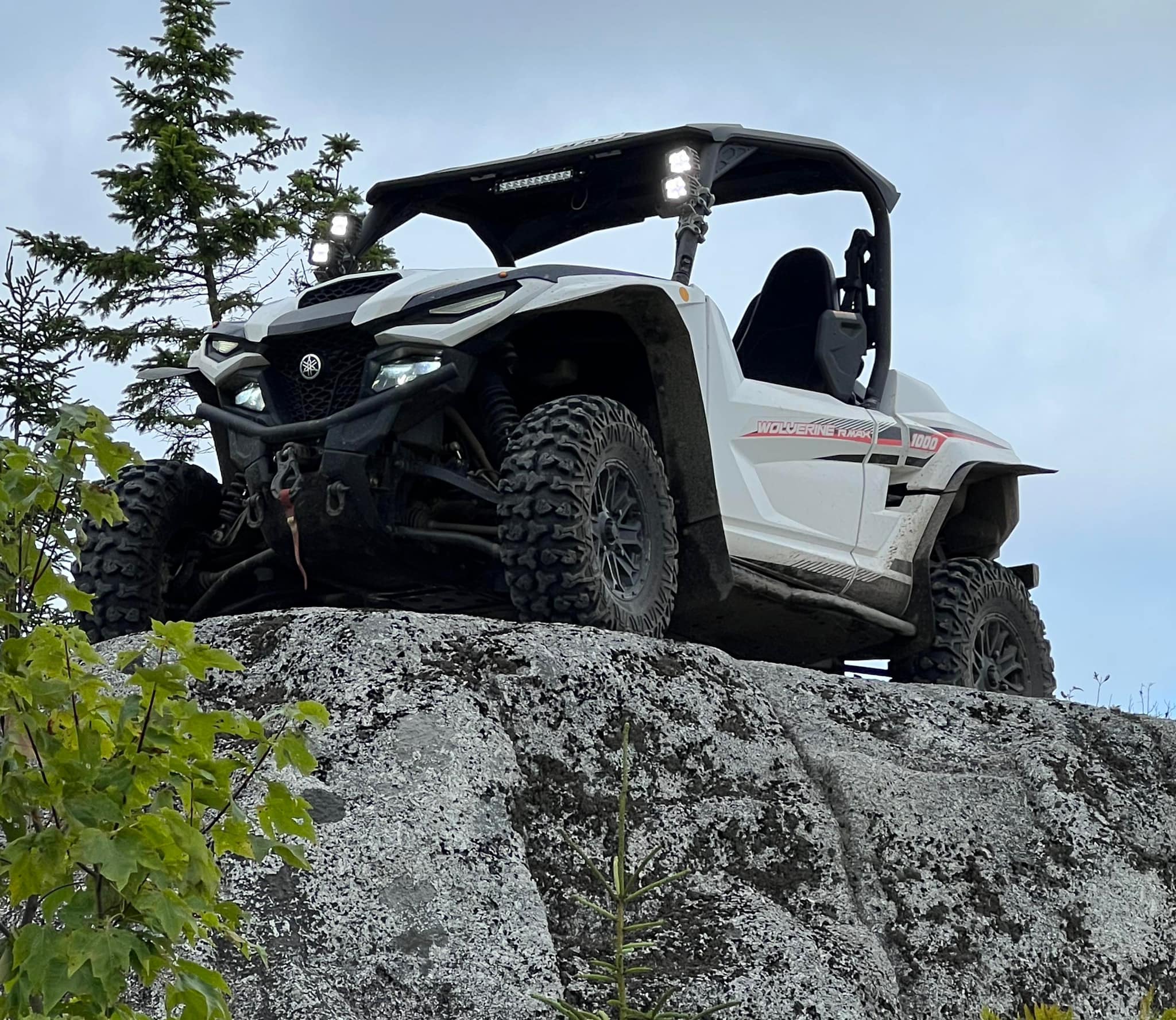 If you drive one machine right after the other around your dealership, you probably won’t notice any differences in power between the Viking and Wolverine. But what you will notice is that the Viking is more spacious, with an engine that is easier to get to for maintenance. Plus, that 686cc motor in the Viking is proven to be super reliable, as has been used in Yamaha machines forever. While the Wolverine does have more wheel travel and extra horsepower, this won’t be of much help if most of your riding is done at 10-15 MPH.

The stock Wolverine is decked out with bigger tires, better shocks, and full doors, but these accessories can be easily added to the Viking if you so choose. But before buying a Viking and accessorizing the crap out of it, you might want to add up all the cost to see if they exceed the final sticker price of a Wolverine. Both vehicles can be used for work and recreation, but the Viking is more work focused, while the Wolverine is more play focused!